Previous Post
Next Post
Some time ago, the sales manager for an automotive dealership I worked with was moving on. His leaving meant that there would be a significant gap in the team's leadership as the current manager did a great job keeping the team-driven and focused. As the time passed, speculation rose as to who would take his place.
Many assumed either Curtis or Nigel (not their real names) would be the best options because they consistently achieved or were very close to achieving their sales targets.
However, when they announced the new sales manager, it was surprising that neither of them was chosen nor options. The new sales manager turned out to be not a top performer but performed well enough at a consistent level.
I remember having the opportunity to ask the outgoing manager how did they come to that decision, and he highlighted two things;

One of his main concerns with the two top candidates was their ability to lead. Lead from the understanding that the role no longer focused on them but the team. Because of some things he observed while managing Curtis and Nigel, he did not believe they were the best fit for that role.

However, he noticed his third option Lester (also not his real name), had the knack of getting everyone involved and pulling them together. He also saw that even though Lester was not a top performer, his teammates went to him for advice in doing the job. To him, this stood out as someone to develop.

The other observation was that Lester seemed ready to accept the responsibility of team failure and mentorship more than his two colleagues. Both Curtis and Nigel focused on individual achievement, which he felt was acceptable and an asset to the team and company. But, it was not what he was looking for for this role.

While in a leadership role at another organisation, Mr Fenwick Reid, CEO of Massy Technologies InfoCom (Trinidad) Ltd. at the time, said this to me.

"Lyndon, when your team does well, it's their achievement when they don't do well; it's your fault" - Fenwick Reid.

He reiterated the importance of my role as sales manager and who would be the first person held accountable for poor performance. If that was a responsibility I didn't think I was ready for, then I needed to consider a different option.

These two points and the example has stayed with me throughout my leadership career. Moving around to different companies, I have seen similar scenarios and choices, leading me to believe that top performers do not always make good sales managers.

But what if a top performer wants to transition to sales leadership. Should they be overlooked?
The short answer is "NO".
Although I have never seen it, I believe it is possible and here are a few things that can help that person get to that point.

An assessment should be done with this person assessing their leadership capabilities. Doing this will help set the stage for the type of development plan the company has to put them on.

This is extremely important as it relates to developing both the manager and the team. Top performers often have a singular focus on what they want to achieve for themselves. Bringing that mindset into a team has its pros and cons, where mostly the cons prevail—leading to a drop in performance, team unity, the feeling of belonging and ultimately attrition.

I've learned never to use a broad brush on anything. As it relates to people, there will always be that one person who stands out by balancing their goals and ambitions with managing a team.

Companies can and should allow a top performer to grow as a manager but never think that they would be great at leading a team because they are excellent in sales. If we have to use an example, I would say Brian Lara being the Captain of the West Indies cricket team would be good.

1. The first is their income:

Top performers, in some instances, stand to make much more than their managers. While managers do have attractive packages, the sales professionals tend to walk away with the suitcase of cash. Managers driven by money do not always do the best jobs and sometimes compete with their reps on deals.

2. The second is their ego:

The feeling of being number one is great. However, now it's about getting other people to that level and taking the responsibility or embarrassment of failure on your shoulders.

Building a high performing team takes patience, time, strategy, selflessness, and, most importantly, commitment. Once you have those attributes, you are ready for a great career as a sales leader.

Have you had any experience of a top performer becoming a great manager?

Drop a comment below, we would love to hear about it. 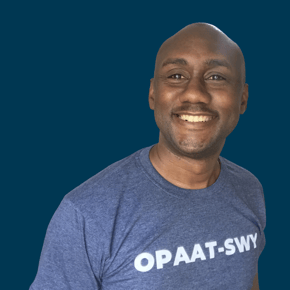 Have a Sales Management Story? Share with the community.

Introduction: What is Business Development Culture (BDC) and how it applies to the Automotive Industry?
Start Reading

What is Sales Enablement, How To Apply It In Trinidad and Tobago?

Most companies confuse sales training with sales enablement for one reason; they do not know the difference!
Start Reading

Trinidad and Tobago's Sales Industry and its Challenge with Growth